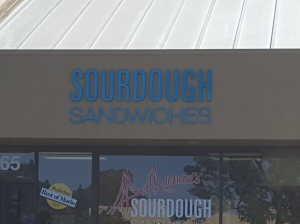 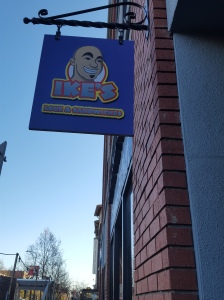 Michael’s Sourdough Sandwiches and Ike’s Place are two sandwich restaurants that exist in their own category. They are not quite delicatessens and nowhere near sandwich line shops like Subway, Quiznos, or even Togo’s. They are both locally run and specialize in delicious sandwiches. As two shops who cater to a very narrow market, they have totally different approaches: Ike’s with the marketing and Mike’s with tradition; the progressive and conservative giants of the Bay Area sandwich game.

Ike’s is everywhere, with a few dozen shops that have opened up around California after the success of their now closed 16th and Sanchez location. Everyone knows Ike. He’s shaking hands with Steph Curry after another Warriors finals win. He’s all over social media with his zany sandwich creations. Hell, his face is on the sign of every one of his many sandwich shops. Everything about Ike’s feels like a tasty, well oiled business. Each sandwich comes with a free caramel apple pop. Thousands of sandwich combinations to choose and customize. Tasty Zapp’s potato chips with flashy bags and out of the ordinary flavors. Brightly colored walls. The opportunities for Instagram are endless. 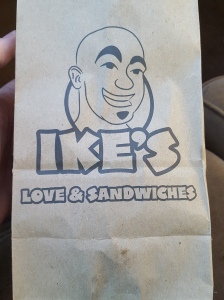 Mike’s is a bit different. This family owned spot has a couple locations in the North Bay and have a bit more of an old school, no frills feel. They bake their sourdough bread in house. They have family meat recipes that they use to make their cold cuts. Instead of a caramel apple pop, they have a crisp dill pickle in the bag with your sandwich. What has to be the most impressive thing about Mike’s was the fact that I saw 4 of the same employees on my most recent visit that also served me 10 years ago in high school. That doesn’t happen with sandwich shops, especially those in the Bay Area. They are doing something right, and they have the sandwiches and a line out the front door to prove it. 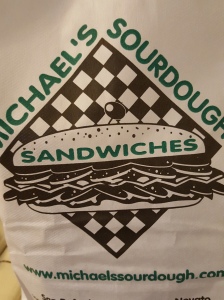 Now, I love eating at these spots and have had a delicious meal every one of the 50 times I’ve been to both, but I have something important to admit. I have only ever had 2 sandwiches: the Jaymee Sirewich from Ike’s and The Sourdough from Mike’s. It is entirely possible that these restaurants have all sorts of other wonderful sandwich combinations. It is equally possible, though less likely, that beyond what I have ordered is only mediocrity. I don’t even think I can honestly say that I like either of these restaurants, but only because my scope has been so limited.

I can say that the Jaymee Sirewich is a hefty beast, with fried chicken, Ike’s yellow BBQ sauce, pepper jack, and ranch. Stick all than in a dutch crunch roll and add avocado and you got a guaranteed blissful lunch. 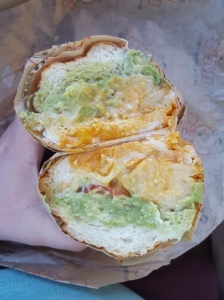 The Sourdough is more akin to a deli classic with roast beef, Idaho ham, roast turkey, and swiss cheese. Add tomatoes, onion, lettuce shredded in the meat slicer, spicy mustard, special mayo, and their special sourdough bread and I’m transported by the sheer deliciousness back to high school on my lunch period.

There is probably a deeper lesson to be learned from Mike and Ike. Something about the pitfalls of habitual rigidity in a world of boundless opportunity and possibility. However, I have yet to be disappointed. And that’s gotta count for something. 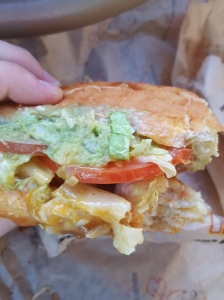 View all posts by seanmmcmanis